Zizaran and the community will be partnering up with Shopify Rebellion to bring the next iteration of The Gauntlet starting July 15th at 10:00 PM GMT+1!

It's that time again to bring forward the GAUNTLET! With new and exciting bosses for people to tackle in the form of Uber bosses this is sure to be an extremely interesting event. We have also included SCALING modifiers for difficulty. The gauntlet modifiers will ramp the higher level monster area you are in. Please check below for more information! This was done to curb difficulty in the beginning so players have a bit of an easier time getting to maps compared to the last gauntlet.

Gauntlet is an in-game event where players compete and earn points by leveling characters, killing bosses and delving to see how all of the classes fare in some of Path of Exile's most difficult encounters. To add to the challenge, Gauntlet also has added modifiers. The event will take place as a Solo Self Found Hardcore Sentinel Event League.

This time around we will also be doing LIVE CASTING on Zizaran's Twitch Channel!

Leveling your characters to certain levels can put you in random physical prize draws supplied by Shopify Rebellion! You can gain more than 1 ticket per account for the MTX / physical prizes below however, you cannot win more then ONE prize PER Category Below. GGG has also supplied 1000 mystery boxes that you can be entered to win by reaching level 50! 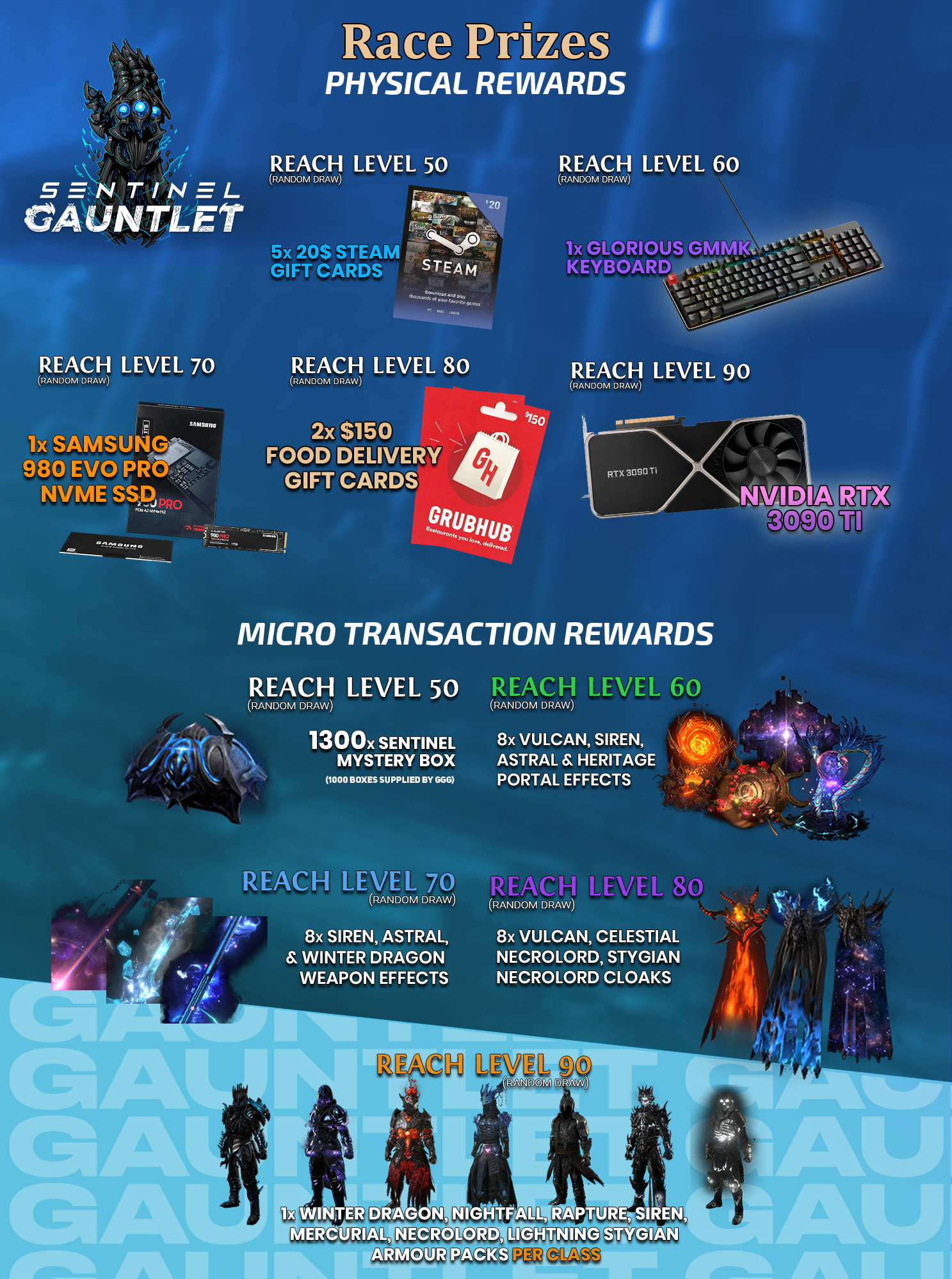 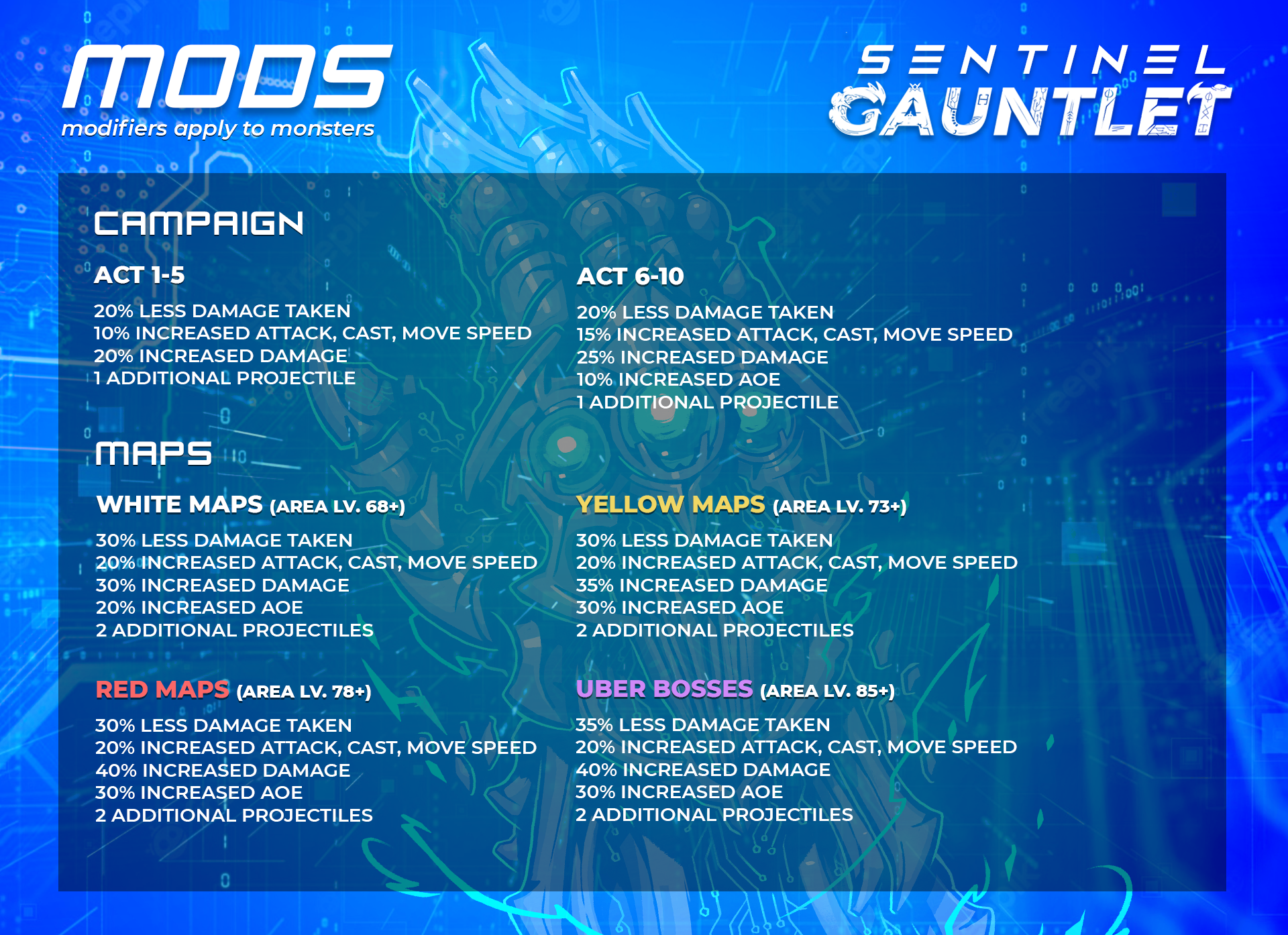 Shopify Rebellion will be matching all donations to the prize pool. (Up to $25000)

This time, Grinding Gear Games has made Gauntlet an EVENT LEAGUE. So show GGG how much you love the event and make sure to participate. Just Log in, click Join in the bottom right of the character select screen and get grinding at the start of the event!